The core of the Writewell team is director [Andrew Rogers] and his two long-term right hands… Akke Pinkster and Damir Avdic. On occasions we also call up specialised freelancers who have worked with us for many years. Writewell never works with agencies as we prefer to keep everything in-house to preserve quality. 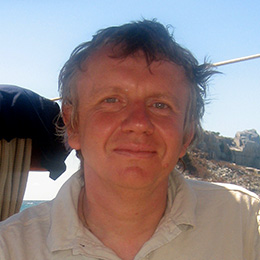 Andrew Rogers
Born in the United Kingdom, Andrew moved to the Netherlands in 1990 to teach English as a foreign language to business people. He soon found himself spending more time correcting his pupils’ written communications than their spoken word and this was the genesis of Writewell, founded in 1992.

Over the past two decades Andrew has become a renowned copywriter and author in various industries while finding colleagues that share his love of language on the translation front. This dual-pronged approach is at the heart of the Writewell success story as Andrew has final responsibility for copy-editing all translations before they leave the office.

In his spare time Andrew is a keen supporter of his home-town football club Ipswich Town and still raves about the days of Arnold Muhren and Frans Tijssen. He also attends Crossroads International Church Amsterdam and shares the typical Englishman’s love of strong tea, warm beer, fish & chips and clotted cream scones. Make of that what you will… 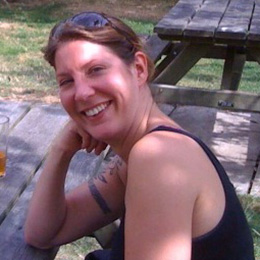 Akke Pinkster
Born and raised in Amsterdam, Akke Pinkster became infatuated with the English language while living in the USA as a child. She has been with Writewell since 2006, working as a (copy) translator from Dutch to English and vice versa.

Following her love of language, Akke is a passionate reader in her free time. Other pastimes include sailing the Amsterdam canals on her small boat, going to concerts, cooking and sampling delicious food (and wine!), and spending time with her husband, friends and cats.

Damir Belltheus Avdic
Resident globetrotter Damir has lived in Sweden, France, Germany and the Netherlands. English is his language of predilection, however, and he has worked as assistant translator and copywriter at Writewell since 2004.

Brothers and sisters in arms

As well as the core Writewell team, we also partner with a range of highly talented freelancers. All experts in their fields, they provide invaluable support. 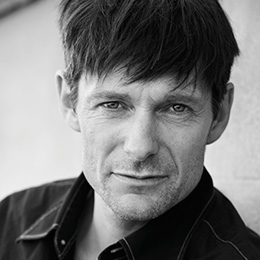 Richard Felix
Richard primarily works in the voice-over sector on our behalf although he also has a way with words when it comes to writing and carries out editing work. Born in Brighton (UK) and a resident of Barcelona for over a decade, Richard has worked as a professional actor and voice-over artist since 1989.

His speciality is presenting technical or scientific information in an interesting and engaging way. Richard has presented numerous corporate videos, commercials and technical information films as well as a 21-part series of art classes. Comfortable with auto cue, on camera or live, he also speaks fluent Catalan… And you can’t say that about many Brits!

Gary Rudland
A close friend of Writewell for a decade and a half, Gary is an excellent writer, editor and translator who always provides a superior standard of work. After six years as writer and managing editor of an Amsterdam-based English-language publishing company, Gary took the bold step of going freelance at the end of 1997.

Since then, his clients for writing, editing and, in recent years, translation work have included many of the leading names in various fields of Dutch trade and industry. He makes no secret of the fact that his favourite client is the fairytale-based theme park, Efteling, for whom he is the preferred Dutch-English translator. In his spare time, Gary edits an expat-oriented online magazine (www.thesentinel.eu).

María Ramos Jordan
Whenever we are called upon for translations in Spanish, from Dutch or English, the first person Writewell team contact is Maria R. Jordan. Born in Barcelona and raised in various Spanish cities, María studied journalism in Madrid before following her passion for cinematography. Always on the look-out interested for new possibilities, she arrived in Amsterdam in 2005 where she studied her other passion: Language.

Since then Maria has worked as a Spanish language text editor and taught advanced students striving to attain linguistic accuracy and fluency.
Open-minded, industrious and curious, she spends her spare time expanding her knowledge of different subjects, reading, writing and enjoying the multicultural aspects of Amsterdam. Music, cinema and relaxing with friends complete her pastimes.

Stella Groot
Back to her roots in Holland for the past two years, Stella spent the previous eleven living and working in the sunny Caribbean and the United States. With a British mother, British grandparents and a father who used to teach English, the English language has played an important role in her life since she was born. Marketing communication is her expertise, which gives her lots of advantages in her work as a creative freelance translator for Writewell in the English to Dutch arena.

In her free time Stella enjoys the outdoors, loves to spend time on the beach (which is only 10 minutes from her home!) and enjoys great food with friends and family.

Caroline Mgawe-Dieleman
Born in the Netherlands, child of the world and woman of many trades, Caroline thoroughly enjoys translating a wide variety of Dutch documents into English, delivered from Zermatt, the most panoramic of Swiss villages, where she is lucky enough to live. If she finds any spare time, she walks out the door with her son in hiking boots or snowboard boots, depending on the season. To balance all this excitement, she mainly concentrates on financial, pensions, HR and ICT.